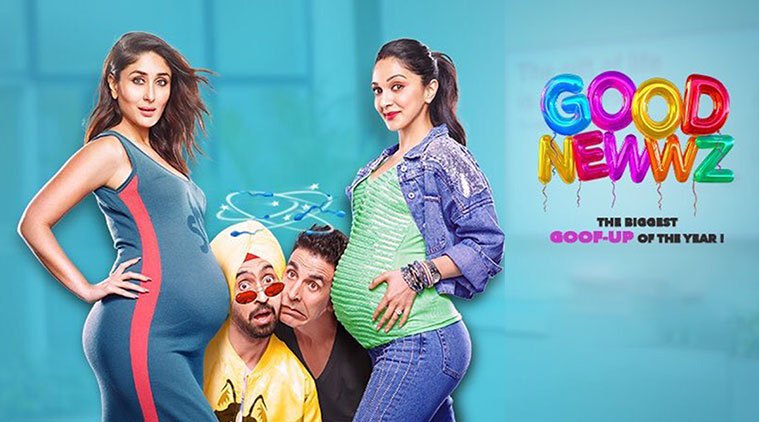 The upcoming movie ‘Good Newwz’ posters are released which is directed by a debutant filmaker Raj Mehta. The movie has big celebrities in the star cast like Akshya Kumar, Diljit Dosanjh, Kareena Kapoor and Kiara Advani. The movie is produced by Karan Johar and Akashya Kumar under their own production houses Dharma Productions and Cape of Good Films.

Trade Analyst Taran Adarsh took to twitter and shared the fist poster from the movie.

The movie is all set to release on 27th December, 2019. This is the first time that Diljit Dosanjh has colaborated with Karan Johar’s Dharma Productions.

Working with Kareena Kapoor, Akshay Kumar once said, “Whenever we meet — whether it’s on a film set or an awards night — our equation has remained the same. We are extremely fond of each other. Bebo and Lolo tease me about the amount of money I’m making and I tease them about having a flat in every building in Bandra. That’s our fun banter.” Previously they had worked together in movies like Aitraaz, Bewafaa, Talaash: The Hunt Begins, Tashan and Kambakkth Ishq and Gabbar Is Back.