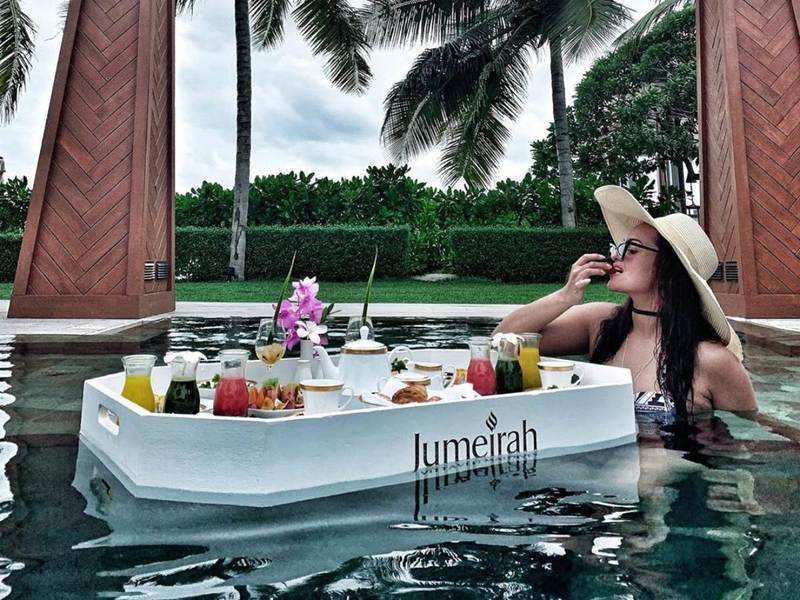 With back-to-back films at the box office, 2019 has been a pretty busy year for Sonakshi Sinha. The actress started the year with the multi-starrer ‘Kalank’. Sonakshi then played the lead role in ‘Khandaani Shafakhana’ and starred in the Independence Day release ‘Mission Mangal’ which has turned out be one of the most successful films of the year.

With a long list of films that released this year to her credit and the ones that are yet to come out, there should be some “me-time” and Sonakshi knows it perfectly how to do it in style. Just a while ago, the actress took to her Instagram handle to share a picture from her exotic vacation. Chilling in a pool while savouring her floating breakfast, the actress is set some major vacation goals.
Sonakshi is currently busy shooting for Salman Khan starrer ‘Dabangg 3’ which will see her revive the role of Rajjo. The actress also recently wrapped up shooting for ‘Bhuj: The Pride of India’.
‘Dabangg 3’ reunites Sonakshi Sinha with Salman, and southern star Sudeep plays the villain. The film is being directed by Prabhudheva. The film is scheduled to hit the screens in December this year.