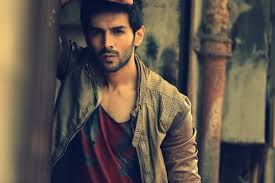 After the immense success of movies like ‘Sonu Ke Titu Ki Sweety’ and ‘Pyar Ka Punchnama’, Kartik Aryan will be seen in Bhul Bhulaiya Sequal. The first installment of the movie starred Akshay Kumar in the lead along with Vidya Balan and Shinay Ahuja. The movie got a huge positive response from the audience and more than 51 crores in India alone. Vidya Balan’s performance in the movie was hugely praised by the fans at that time.

Kartik Aryan took to his Instagram and wrote “Kuchh exciting aa raha hai kal Any guesses ? Dekhna mat bhulaiya,” in the caption he also gave a hint about the movie. And on Monday, many of his fan clubs shared the pictures of the movie.

Wearing the same outfit that Akshay sported in the first installment, Kartik is pretty ready to make a buzz this time also.