On Sunday, Bollywood singer King Mika Singh said he will continue to do good for the Indian society after ban from Federation Of Western India Cine Employees’ (FWICE) decision to ban him from the playback singing, performing stage shows in the country. 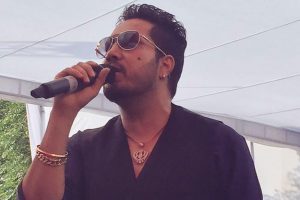 FWICE is the mother body of all the 24 crafts of film making. They issued a statement saying it is deeply pained by the performance of Mika Singh at the wedding of the daughter of former Pakistan President Pervez Musharraf’s cousin in Karachi during the tension between both countries.

The artist may meet the federation executives regarding the final call on the ban.

On Sunday, Mika tweeted a video of FWICE President BN Tiwari in which he mentioned receiving a letter from the singer. Tiwari in the video said “In the letter, he (Mika) said he would accept everything mentioned by the federation had he made a mistake and will also apologize to the entire nation,”.

I would like to sincerely thank Mr. BN Tiwari and #FWICE for being so understanding towards me and my sentiments. As I always have done, I will continue to do good for my society and the people of my Country. JaiHind 🙏🏻.. #Supportindiansingers #Banpaksitanisingers … pic.twitter.com/Zsj3uHi2uU